Netherlands Spain and the World Ends 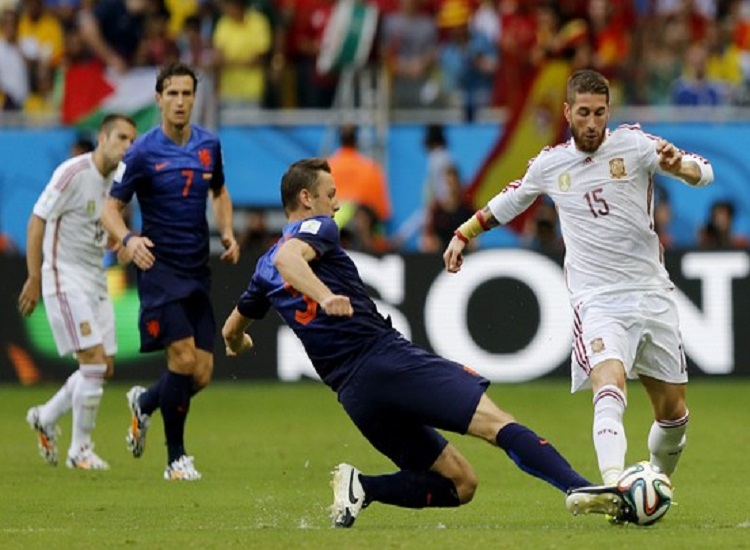 SPAIN is in the WORLD CUP FINAL. If I repeat it an egg of times but … it does not stay with me. Let ‘s see, again: SPAIN is at the END of the WORLD in South Africa 2010.  Until Sunday have time to get used to.

Anyway, I screwed up in quarters. I already know it. But honestly, Holland had tons of luck to take on Brazil. An own goal, a defensive failure in the small area, a deranged Felipe Melo, and a Brazilian team that saw the game won at halftime.

In any case, Holland has its merit. It reminds me of when Greece was charged to the USA in the Mundobasket of Japan. What balls came to Spain to avoid the USA in the Final. The same story can happen here.

Man, it is not exactly the same either because, along the way, the tulips have had to brush Uruguay. For me, the Charruas have known how to take advantage of the highway that was left in that part of the table like no one else to reach the semifinals.

But along the way they had to experience epic situations such as penalties against Ghana, losing Lugano injured, Luis Suárez expelled … squeezing Forlán … and the issue was no more. Even so, they fell with honor, although to me, the truth is that it consoles me little … We have returned home so many times full of honor, that I already have enough.

The fact is that Holland plays and lets play. He scores goals with some ease but also fits them at ease. It seems to be a dangerous but very interesting rival.

Germany reached the semis after showing that Argentina does not have a coach. I keep laughing with Maradona, but of course, I’m not Argentine. If you are Argentine, you are not amused that Messi goes down to the middle to receive, that Tevez tries to cross players instead of dribbling them, that Milito does not play, that Mascherano was only in the center of the field that he had to send text messages to his teammates, that the Argentine central have the waist of an arguably …

Spain saved the curse of quarters against a mega-physical rival. For minutes he smelled of Spanish tragedy. He smelled Belgium, he smelled South Korea,… Missed penalties, repeated penalties, missed penalties, balls hit the post… and goal. The room barrier was detonated in the air … and once the barrier is destroyed, the pressure disappears and Spain becomes a thousand times more dangerous … and devastates a Germany that there is no wall to protect. It was a full-blown beating.

I just want to give a few notes about the game:

For the FINAL I do not predict anything. I will simply put on clean diapers, an aspirin under my tongue to lessen the effects of a possible heart attack, and watch the game.

Good luck and a glass.


Why Choose Eastern Star Entertainment as a Marketing Companion