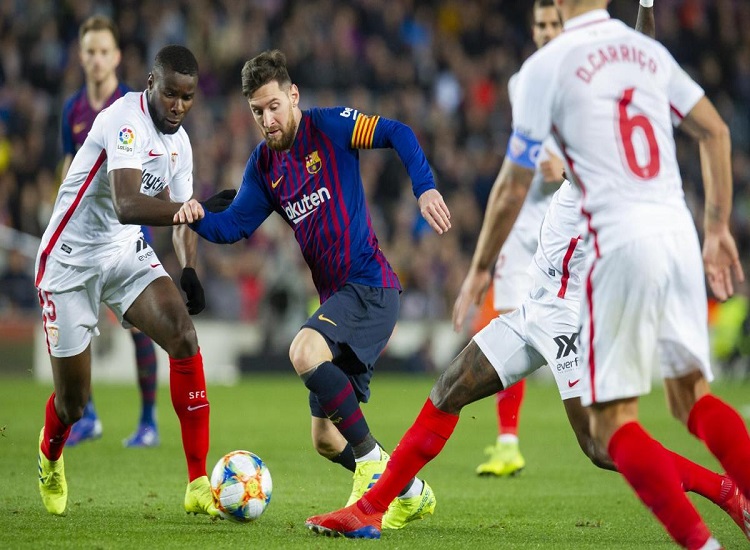 The Champions League has begun! and the Premier! and Ligue 1 !! and the Bundesliga !! and he has even finished the Spanish Super Cup. You have to put the batteries to crack everything that has been and for having.

One of the few serious things that are played in summer in the Champions League preview. Specifically, 10 million euros of seriousness, which is what you ensure by going to the group stage.

Having said that, I have to say that I see Sevilla a bit overcome by circumstances this summer:

Result: Sevilla has a difficult result to come back in the Champions League (1-0) and Barcelona beat them a considerable beating yesterday in the first official title of the season (Spanish Super Cup ).

I see this very bad looking. If Sevilla does not pass, their economy will suffer a lot because wanting to keep up with Barça and Madrid is very difficult but above all very expensive.

Ah! And if Sevilla does not pass the same Antonio Álvarez should call Jimenez to go on a trip together.

And before saying goodbye, and without coming to mind, I will tell you that the other day I was watching a forward on TV for a while that I love: Milan Baros. Oddly enough, because he has been in the elite for many years, he is only 28 years old.

The truth is that there are no “scoring” reasons for me to love him because he has never finished exploiting this facet, but I have always liked his style and quality combined with the tank look. Perhaps more with the Czech Republic than with his teams (Liverpool, Lyon, ..) where he has always disappointed more, but in any case, I like him.

Now I follow him at Galatasaray where he has been with Rijkaard for a couple of years. The other day Galatasaray lost 0-2 at home against Karpaty in the Europa League preview and in the second half Baros came out to rescue the team with two goals (2-2) from a true panzer.

I leave you the 1-2 that marks in case Real Madrid wants it now that Floren is shopping… worth about 8 million euros.


Netherlands Spain and the World Ends